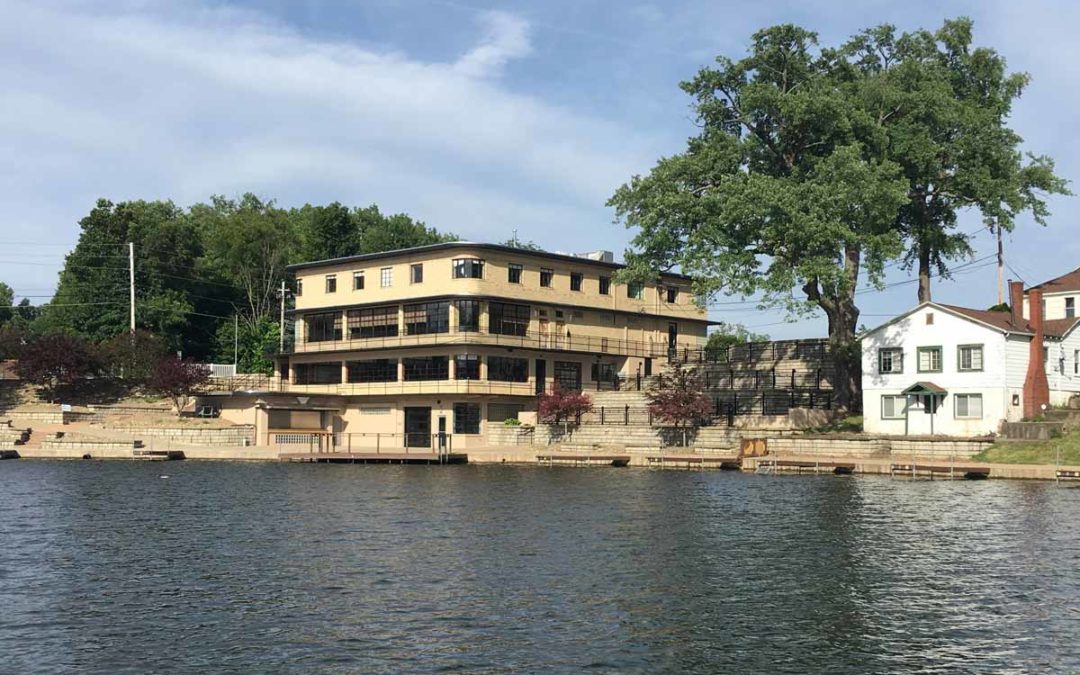 Pick’s set to open on the Portage Lakes

COVENTRY TWP. With the arrival of warmer weather and summer those spending time in the Portage Lakes will have a new place to grab a drink and a bite to eat.

The building at 530 Portage Lakes Drive formerly known as Nicoletti’s Park Place Restaurant and Hook, Line and Drinkers before that will be reopening in mid-May as Pick’s on PLX. Since 2015, the building has been vacant, but Donnie Boyer has big plans for the space.

Tom, Bob and Herb Hutchison purchased the building just prior to it going on the auction block in 2015 and have Boyer in place to run the business. Boyer formerly owned Legends in Green for eight years before he sold it the day after Christmas. Now he is excited to be working on the Portage Lakes.

“It is a gorgeous building,” Boyer said.

He said the name Pick’s comes from the building being Pick’s Boathouse a long time ago.

Boyer said he had to install a sprinkler system so that all four floors of the building could be utilized.

The top floor will house banquets and private events. One room can seat between 20 and 25 people and the banquet hall can hold up to 75 people. Boyer said he envisions the rooms being used for private events, holiday parties, meetings and even celebrations of life. The banquet hall has a dance floor, fireplace, bar, a place for a DJ and those attending can order off of the catering menu.

Boyer said a chairlift is being installed to accommodate older folks to the top level.

The next level down will feature casual dining with Lake Erie perch, salmon and steak just to name a few offerings. This level is being known as Table 530 and is receiving an extensive renovation to incorporate a better design, Boyer said. He is keeping the art deco design, which dates back to the 1940s and 1950s.

“I want people to be able to jump off their boat in shorts and a tank top and feel comfortable,” Boyer said.

Table 530 will feature a full bar, booth seating and a very laid back feel Boyer said. Customers will be able to text in a reservation for convenience. This floor is expected to seat between 100 and 120 people.

Outside servers will be using iPads to put in orders so the servers never have to leave the patio. There will also be an outside bar, which will have an awning overhead. Boyer is also planning tables and couches around fire pits for the outside patio area.

Boyer is also planning a sports bar called Locals on the Lake for the second floor, which will open in August. It will feature a 38 person bar, another kitchen and set of restrooms. He plans to take out the windows on this level and install half garage doors that can open up to the view of the Portage Lakes.

There are 14 docks for boats at Pick’s and Boyer is planning a drive-up service where people can order from a mobile app while on the lake and pull up to a dock to have their food brought out to them by dock boys. The dock boys will also be able to help customers tie up their boats to a dock.

Pick’s used to have ice cream and that is something Boyer is also planning to bring back. He is calling it Pick’s Chilled where people can walk up and get a frozen drink, ice cream or a milkshake.

He is also planning a wide variety of entertainment, promotions and events at the new location. Some of his ideas include a rib burn off, pig roast, half way to St. Patrick’s Day party, Christmas in July party, a bike show and a Halloween party.

Parking has also been an issue on the Portage Lakes and Boyer said he has rented some parking and will offer about 181 spaces and there will be people directing customers where to park.

Boyer said a lot of work has gone into the 16,000 square-foot building during the past year as the outside was repainted last summer.

“I am really excited,” said Boyer, who added that he feels like he is at a resort. “I cannot wait to get it done.”

For updates on the grand opening, visit the Pick’s At PLX page on Facebook.