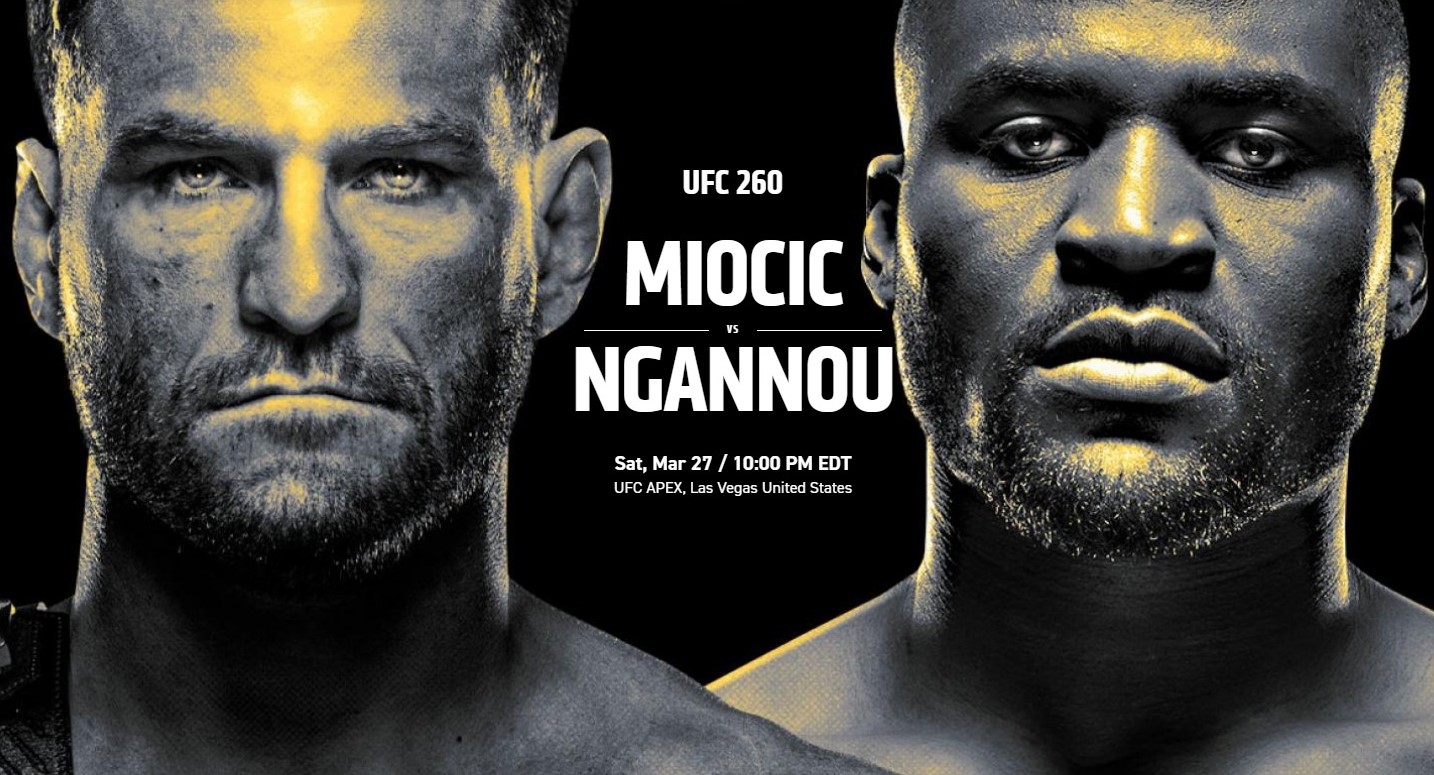 No Cover Charge – Free Admission
We Show The Prelims!

In the main event, Stipe Miocic will put the heavyweight title on the line against top contender Francis Ngannou. Ngannou previously lost a January 2018 bout with Miocic for the belt, but he has since punched his way back to a title shot with a four-fight winning streak that’s seen him knock out all four opponents. No man in that stretch lasted more than 71 seconds before being taken out by the heavy strikes of Ngannou. –  cbssports.com   Read More

The event is finished.